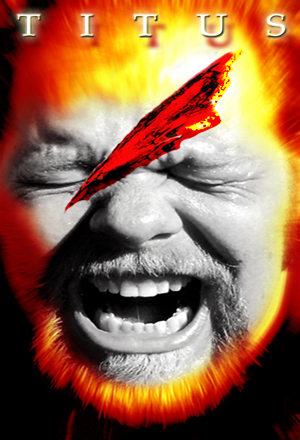 “to sum it up, this becomes an unforgettable experience”
“a rock ‘n’ roll version of Shakeespeare”
Silja Adalsteins – DV

Titus was performed in a warehouse in Reykjavik in front of an audience of well over 1000. Based on Shakespeare´s Titus Andronicus the performance was a theatrical study in researching the moment on stage. The theatre is the art of the moment. Still the art of the actor is mainly the art of the repetition.
The idea was to do a show performed only once and research what that does to the energy between the actors. With live music written especially for the event, 2 choirs and about 20 actors the event was a phenomenon in the summer of 2002.
Although ticket demand sky rocked Titus was not performed again.