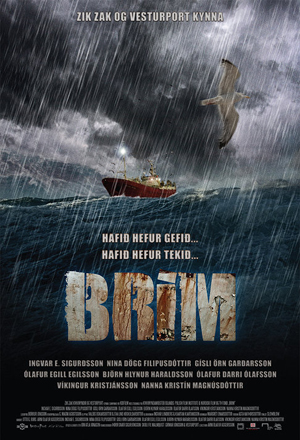 “the harmony between the acting, cinematography and editing is spectacular”
Jon Viðar Jonsson – DV

The crew on board the fishing vessel Undercurrent RE 29 has become uncomfortably numb with its never
ending routine of week long tours at sea. It’s been the same crew for as long as anyone cares to remember
and their world is somehow in balance. Then during one dark and dreary night surrounded by the vast ocean
the routine is shaken to its foundation when one of the most solid crewmembers commits suicide.
An unusual thing happens, to fill his gap, a young female takes his place on the next tour and gradually the fragile
balance is tipped, and personal issues that should be left on the mainland cause dangerous friction between
the crewmembers. When things look like they can’t get any worse the power goes down on the vessel and a
storm is brewing so that rescue teams can’t reach them.