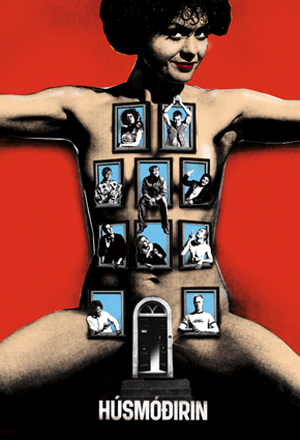 A housewife in downtown Reykjavik seems in no way different from other housewives. She takes care of her children, her husband and a Cameroon exchange student in a impeccable manner.
Soon, however, it is revealed that the housewife is not at all as she seems.
Adventurous or rather questionable secrets of the mistress comes to the surface and builds up to almost insoluble complexities.
Here Vesturport takes on the comedy-form where the doors open and close at the correct moment, the characters appear at uncomfortable times or leave the stage right before everything becomes intolerably embarrassing.
Actors changes characters in a remarkably short time, one playing with word games while another falls on a banana peal.
All the tricks in the book and a lot of unexpected occurrences in the manor of Vesturport. A dangerous and colorful performance.