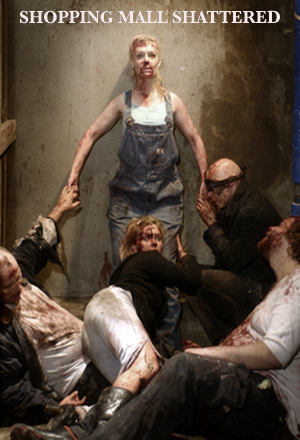 The play came out of a discussion within Vesturport after the Madrid terrorist train bombing in 2004. What followed was Vikingur´s debut as a playwright. It was based on the idea of Reykjavik´s largest shopping mall being bombed in a similar way as had occurred in Spain. The stage was set in an elevator shaft in an old abandoned factory building where the character´s of the play had to obtain their sanity in an intense situation of chlaustrophobia and paranoia.