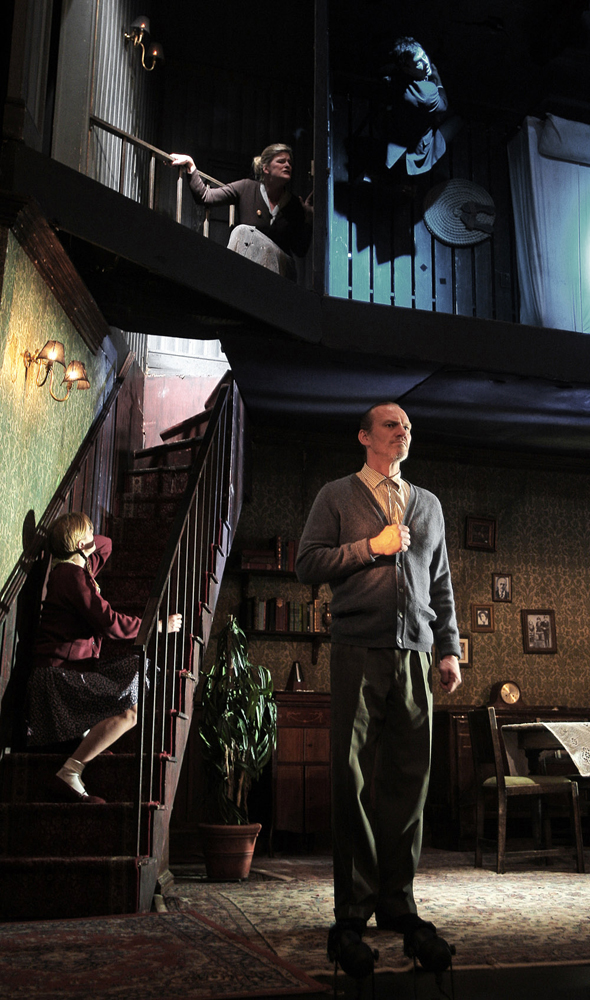 Michael Billington: The State of The Nation – British Theatre since 1945.

“Visual theatre, at its best has led to a harmonious alliance of text and image and I would cite two memorable examples in recent years:… In the autumn of 2006 the Lyric Hammersmith stages an astonishing adaptation of Kafka’s Metamorphosis. This represented a fusion of the talents of Gisli Orn Gardarsson, exuberant star of an Icelandic company called Vesturport who had visited Britain with productions of Romeo and Juliet and Woyzeck, and our own David Farr. The result was a radical reinvention of Kafka’s famous fable about a man who wakes up to find himself transformed into a giant insect. Clever tricks were played wioth visual perspective. Gardarsson’s Gregor Samsa expressed his transformation by hanging upside down from the ceiling and leaping from one precarious foothold to another. But the dazzling physical invention was at the service of an idea: that Kafka’s story, written in 1912 offered a prophetic vision of the European nightmare to come and that Gregor Samsa, marginalised, isolated and finally destroyed by bhis family, provided a specific symbol of the persevcuted Jewish race. This was visual theatre endowed with a clear political message”